As we reported back in May, Maywa Denki’s Frois bot and the AKB48 Yuki Kashiwagi idol-lookalike android Yukirin (here renamed Roborin) joined together in holy matrimony at Aoyama Cay in Spiral, central Tokyo. 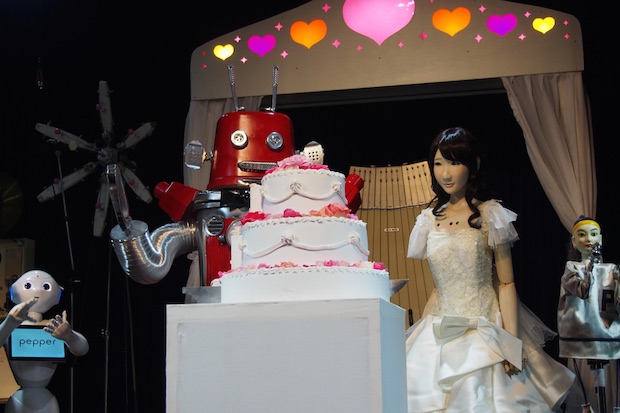 The non-legally binding ceremony was an event (called Robo-kon, or “robot wedding”) produced by Japan’s favorite tech and music anarchists, Maywa Denki, who created the “groom” (Frois). The “bride” was made by Takayuki Todo in the likeness of a certain Japanese music idol (whose name was withheld from the official PR materials). 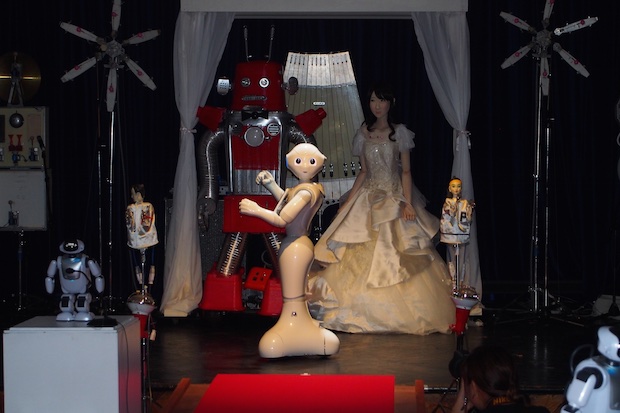 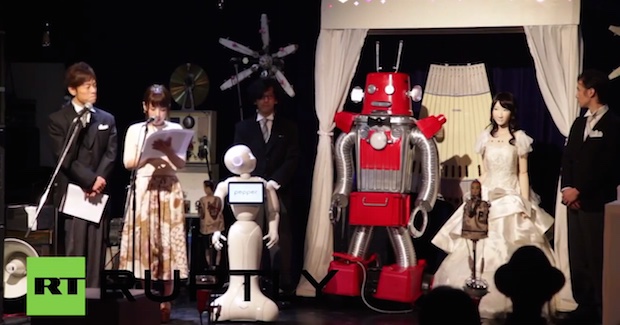 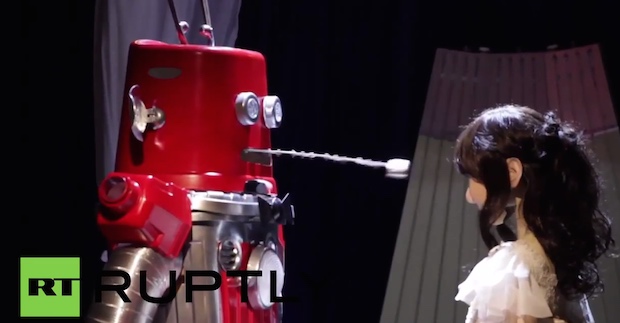 The handful of lucky guests who attended (paying ¥10,000, or more than $80 for the privilege) witnessed the happy occasion as the mechanical couple tied the knot.

The proceedings were presided over by Aldebaran and Softbank’s robot Pepper, who can normally be found in certain Softbank phone stores offering entertainment to customers. Frois may not be the most conventionally good-looking of grooms: “he” is a kind of large red bath stool robot. Well, who says romance is dead? 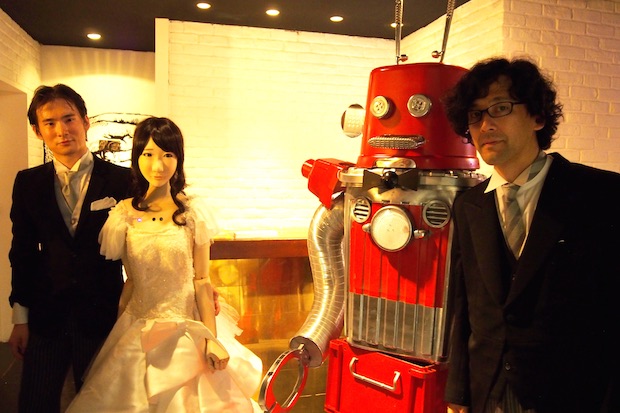 The wedding ceremony pulled out all the bells and whistles, with a male and female MC, Pepper as the “priest”, plus a walk (actually, more like being gently wheeled) down the aisle, a cake — and even a kiss. 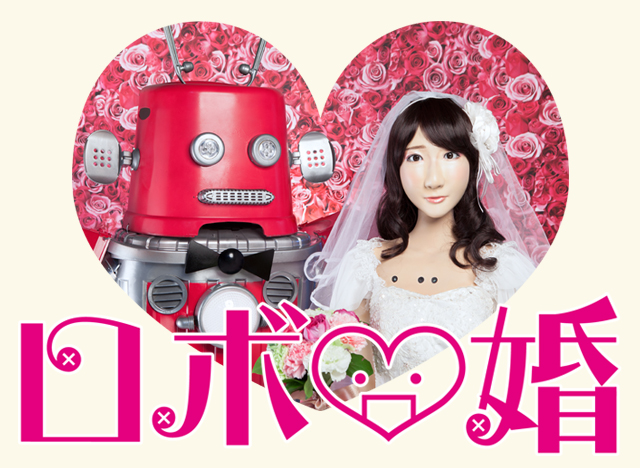