The results have been announced of a survey by Video Research of five commercial TV broadcasters in Kanto (the area including Tokyo and Yokohama), Kansai (Osaka, Kyoto, Kobe etc) and Nagoya. The survey looked at the celebrities appearing in TV commercials in the first half of 2014.

In all three regions the top ranker was actress Aya Ueto. However, the surprise came in the results for AKB48, seven of whose members or ex-members appeared individually in the top twenty for the same period last year — but this year they only managed one entry.

Last year Atsuko Maeda, Mariko Shinoda, Yuko Oshima, Haruna Kojima, Haruka Shimazaki, Mayu Watanabe, and Yuki Kashiwagi all had slots in the top twenty (some of these idols were already ex-members by this point but their claim to fame rests solely in the group). This year, while AKB48 as a group still has its fair share of campaigns, the only individual idol in the top twenty was Mayu Watanabe, currently seen as the most popular idol in the group. Watanabe also only ranked in the Kanto region; she wasn’t popular in Kansai or Nagoya. 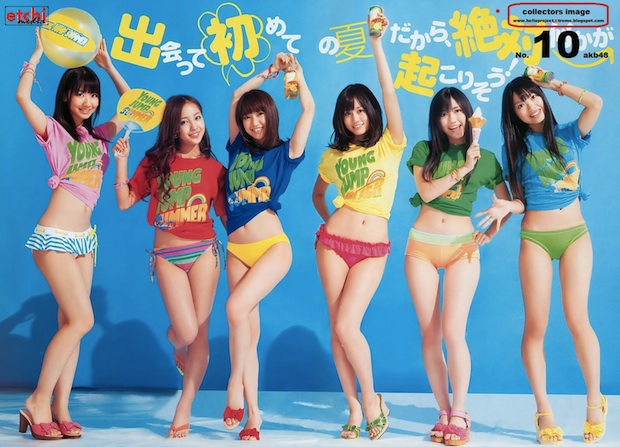 Of course, these results are not for nationwide campaigns, so we should write off the AKB48 juggernaut just yet (after all, AKB holds the Guinness World Record for the most number of appearances in different television commercials in a single day… 90!), though it is a worrying decline for its accountants. The pop idol group’s mainstream success is largely dependent on its appearance in lucrative advertising campaigns (sometimes for completely incongruous products or services), since the concerts, events and music sales are generally seen as confined still to its (not insignificant) otaku fan base.

But with the “graduation” of some of the most recognizable faces from AKB in the last two or three years — going on to mixed careers in acting and music — the group itself has lost some of its visual appeal. The proliferation of “sister groups” around the country and the rise of some of the idols in those groups has also possibly diluted the prominence of the original team’s hard-core members. As Finance Minister Taro Aso recently remarked, AKB48 is a case of the sum being stronger than the individual parts (i.e. the members). 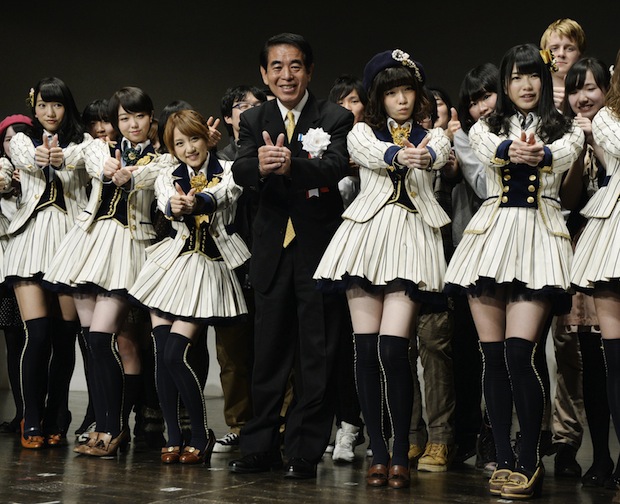 It might also be that sponsors have finally wised up to how having scantily-clad young girls associated with their services doesn’t do their reputations much good (especially abroad) or that, ultimately, the ads weren’t paying off in higher sales.

Aside from their sexually provocative songs and presentation, the AKB48 way of doing business has been criticized for being damaging to the Japanese domestic music industry, plus the merchandising exploitative to consumers. There have also been accusations of sexual hypocrisy (members aren’t allowed boyfriends and get punished for infringements) and links between its management and the mafia.

Intriguingly, a media report about the survey was a major listing on Yahoo! News in Japan yesterday but has since been deleted. Yahoo! News article regularly disappear in such a fashion but rarely quite so fast. Could it be that AKB’s powerful friends (who include the Prime Minister!) put pressure on the news portal to remove the unfavorable article? Or are we getting paranoid?