Japan’s Ministry of Agriculture, Forestry and Fisheries (MAFF) has recruited the virtual idol Hatsune Miku to promote Japanese food around the country.

Perhaps only in Japan would you get a non-existent character licensed to a government agency to advertise local cuisine to foreign tourists. This promotional campaign is called the “Oishii (delicious) Trip”. 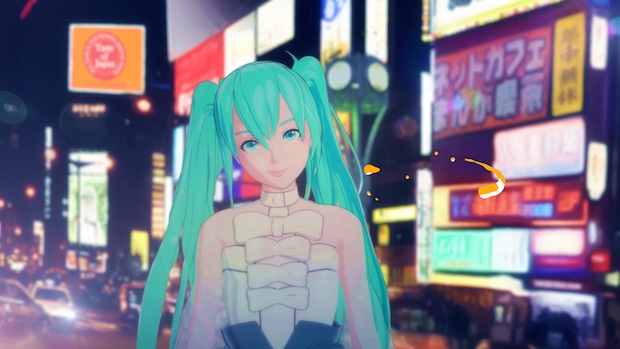 The official description, in somewhat suspect English, is as follows:

In 2013, Washoku (Japanese cuisine), which has developed through the sensibility of the Japanese, was added to the UNESCO intangible cultural heritage list, which increased expectations about Japanese food booms around the world.

Japan has four distinctive seasons. Since the country is stretched out from north to south, a variety of ingredients and dishes are found in different parts of the country, which is blessed with seasonal seafood as well as wild vegetables, fruit and other agricultural produce. Japanese people have appreciated and showed respect for such blessings from nature since ancient times while making seasonal dishes.

Finally, MAFF collaborated on a song with virtual singer HATSUNE MIKU, who is one of the most prominent icons of Japanese pop music. Watch the music video below to see her travel across Japan and introduce you to some of its most beautiful spots, while enjoying Japanese specialties. Also, don’t miss her original “OISHII” dance!

If MAFF can afford to pay so much to license Hatsune Miku, why can’t they pay for decent English-language PR copywriting? The text is a poorly translated morass.

The result is this music video, which is clearly where the money was spent. It is a whirlwind tour around regional cuisine that will please fans but may be grating for the uninitiated.

Hatsune Miku was original created by Crypton Future Media for the Yamaha Vocaloid 2 synthesizer in 2007 and has since spawned a host of spin-offs. Today the character is quite ubiquitous and taken on a life of her own away from her musical origins.

The campaign is also encouraging tourists to post their own “oishii” experiences on Instagram with the tag #oishiitrip. The amusingly bad explanation reads:

The production team members consider the charming motion pause when you eat “OISHII” foods. The Japanese cuisine offers a great variety of dishes and regional specialties. Please let us know your Japanese food experience with your “OISHII” motion pause!

We look forward to experiencing our own “charming motion pause” one day. Gripes about terrible English copy aside, the campaign is quite slickly produced.

If this seems strange, consider it more sophisticated than the dog-human hybrid music idol used to promote Akita Prefecture or the Mr. Kure mascot from Hiroshima. 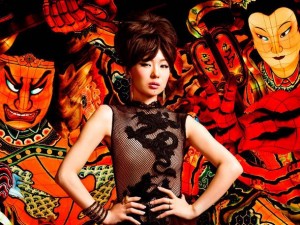