The first Muslim fashion show will held in Japan in November as part of Hala Expo Japan 2016.

Organized in partnership with the Malaysia-based Moslema In Style, Tokyo Modest Fashion Show will take place at Tokyo Metropolitan Industrial Trade Center on November 22nd and November 23rd. It will feature the world of 10 designers and brands.

Beauty is an eternal theme for women in the East and West alike. Of course it is no different for Muslim women, or Muslimahs. For centuries, Muslimahs have pursued their own kind of beauty by hiding rather than emphasizing their bodies. In Tokyo, the center of Asian culture that has always created new trends, Japan’s first ever Muslimah Fashion Show will take place this autumn.

Like elsewhere around the world, Muslim fashion is a very topical issue in Japan. Earlier this year we reported on UNIQLO’s partnership with Hana Tajima, the British-Japanese (and Muslim) designer who is reinventing the hijab.

Relations between Japan and the Islamic world took a hit after the so-called Islamic State executed two Japanese men in early 2015. Many fear that Japan’s military alliance with the United States will draw it into a conflict overseas and also make Japan a target for Islamic extremism, especially as Tokyo prepares for the 2020 Olympic Games.

Japan continues to be affected by jihadism, not least the capture of journalist Junpei Yasuda in Syria last year and the murder of seven Japanese aid volunteers in Bangladesh in July.

Incidents like the rape of a Japanese woman by Turkish asylum seekers in February, the brawl between Kurds and Turks outside the Turkish embassy in October 2015, and the December murder of an Iranian man in Nagoya, allegedly by a gang of other Iranians, also likely damage the reputation of Muslim residents.

That being said, there are something like 100,000 Muslims in Japan and new mosques are being built to meet demand, such as Bait ul-Ahad Mosque in Nagoya, which is Japan’s largest mosque with a capacity for 500 worshippers.

The first mosque in Japan, the Kobe Muslim Mosque, opened in October 1935 and remains active. The Tokyo Camii, located in a well-to-do district of Shibuya, has a Turkish culture center attached and runs tours for visitors.

The recent surge in tourist numbers has seen many people from Muslim nations visiting Japan, leading to an increase in the availability of halal meat and facilities such as prayer rooms in central areas.

The media is taking notice. NHK World recently broadcast a documentary about Muslims in Japan called Bridging Muslims and Japanese. 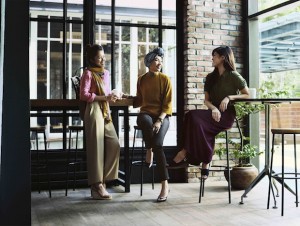 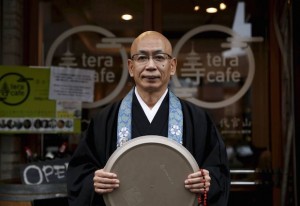