What next after PPAP (Pen-Pineapple-Apple-Pen)? In the wake of the success of the viral hit of 2016, the comedian Piko Taro has tried to extend his popularity with a guest appearance in a K-Pop hit as well as holding concerts, in addition to fronting various marketing campaigns. There is even a PPAP cafe as well as his own follow-up songs.

Now PPAP has received the somewhat surprising stamp of government approval, thanks to a video where Piko Taro performs a variation on his routine with none other than Tokyo governor Yuriko Koike. 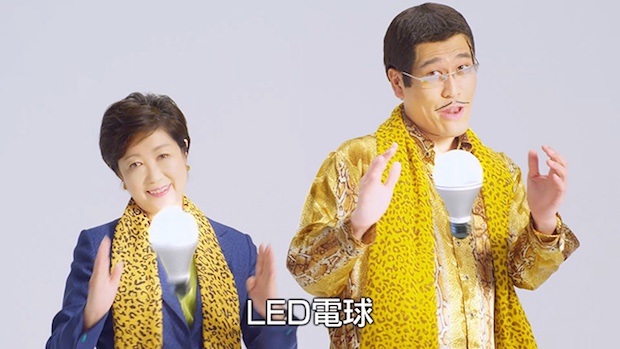 The unlikely partnership between 2016’s one-hit wonder and Japan’s most powerful directly elected politician is meant to be promoting LED light bulbs and energy conservation. Governor Koike with a leopard-skin scarf, semi-singing along to a version of the minimal PPAP lyrics, is not an image you can un-see quickly.

If Tokyoites ever wondered where their taxes were going, it is on preparations for the Olympics and on videos like this — which is even available in English.

The video exists because Tokyo Metropolitan Government is promoting a scheme to exchange light bulbs for energy-saving LED ones from July 10th.

Yuriko Koike has established herself as something of a populist politician and is happy to mingle with celebrities. She recently met with Takeshi Kitano dressed up as Donald Trump for a TV show.

So does this mean that PPAP might make an appearance at the opening ceremony for the Tokyo Summer Olympics in 2020? We can hope. 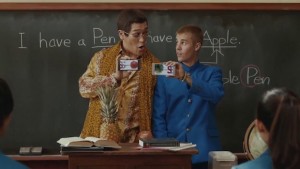 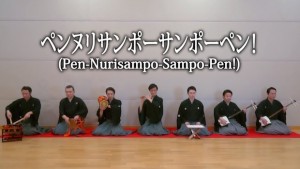 Travel on the Pikachu train this summer in northeast Japan